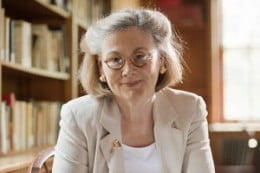 Before joining Boston College in 1997, Alicia Munnell was a member of the President’s Council of Economic Advisers (1995-1997) and assistant secretary of the Treasury for economic policy (1993-1995). Previously, she spent 20 years at the Federal Reserve Bank of Boston (1973-1993), where she became senior vice president and director of research in 1984. She has published many articles, authored numerous books, and edited several volumes on tax policy, Social Security, public and private pensions, and productivity.

Alicia Munnell was co-founder and first president of the National Academy of Social Insurance and is currently a member of the American Academy of Arts and Sciences, Institute of Medicine, and the Pension Research Council at Wharton. She is a member of the board of The Century Foundation, the National Bureau of Economic Research, and the Pension Rights Center. In 2007, she was awarded the International INA Prize for Insurance Sciences by the Accademia Nazionale dei Lincei in Rome. In 2009, she received the Robert M. Ball Award for Outstanding Achievements in Social Insurance from the National Academy of Social Insurance. In 2015, she chaired the U.S. Social Security Advisory Board’s Technical Panel on Assumptions and Methods.

Alicia Munnell earned her B.A. from Wellesley College, an M.A. from Boston University, and her Ph.D. from Harvard University.

This website uses cookies to improve your experience while you navigate through the website. Out of these cookies, the cookies that are categorized as necessary are stored on your browser as they are essential for the working of basic functionalities of the website. We also use third-party cookies that help us analyze and understand how you use this website. These cookies will be stored in your browser only with your consent. You also have the option to opt-out of these cookies. But opting out of some of these cookies may have an effect on your browsing experience.
Necessary Always Enabled
Necessary cookies are absolutely essential for the website to function properly. This category only includes cookies that ensures basic functionalities and security features of the website. These cookies do not store any personal information.
Non-necessary
Any cookies that may not be particularly necessary for the website to function and is used specifically to collect user personal data via analytics, ads, other embedded contents are termed as non-necessary cookies. It is mandatory to procure user consent prior to running these cookies on your website.
SAVE & ACCEPT